Can an employee be fairly dismissed for not wearing a face covering at work? 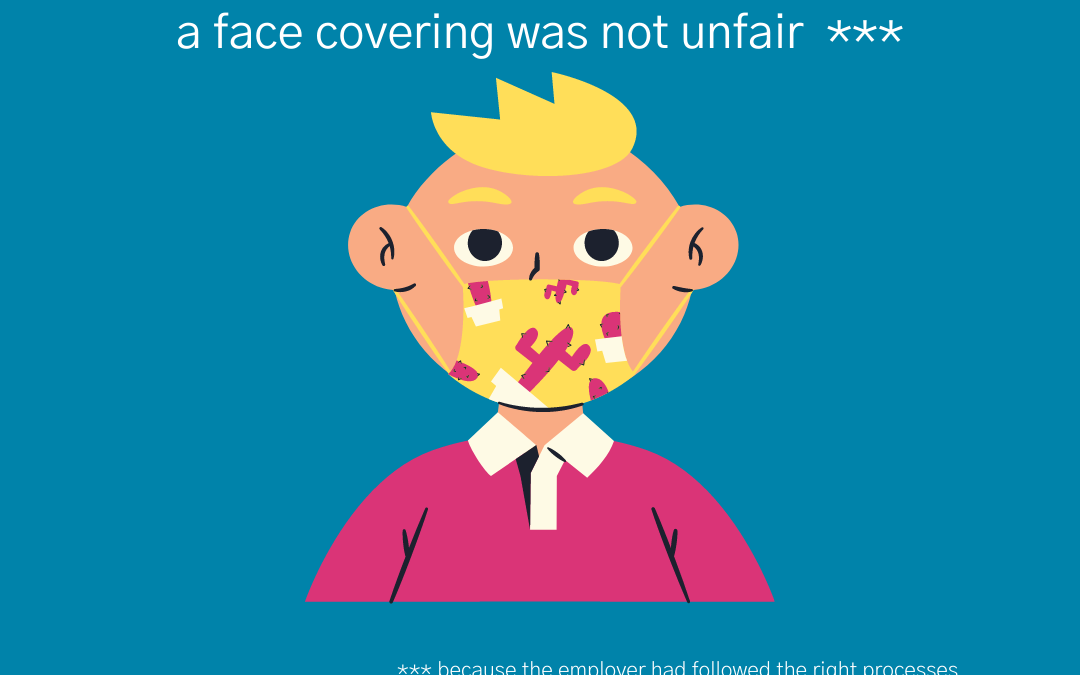 In the first case of its type the answer was yes. The Employment Tribunal has ruled it was fair to dismiss an employee who refused to wear a face covering at work.

Over the course of the last 12 months, workplaces have introduced many new safety measures to ensure they can carry on running and those practices will most probably remain in place for some time.

The recent case of Kubilius v Kent Foods Ltd, a lorry driver delivering to customers was asked to put on a face mask when he arrived at a Tate & Lyle site. They insisted that face masks must be worn on site and visitors without one were given one on arrival. The driver refused and argued that his vehicle was ‘his home’ and he would not wear a mask while in it.
Tate & Lyle banned him from site and the employer after investigation dismissed the employee on grounds of gross misconduct by failing to comply the client instruction, failure to follow a process set out in the company handbook and damage to caused to the relationship between the employer and the customer.

The Tribunal found in favour of the employer in that they acted reasonably in their investigations and that the dismissal was within the range of reasonable responses.

It’s so important to communicate your company rules and procedures with employees, including any new ones (such as wearing a face covering at work) that you have put in place as an outcome of newer working practices. Without doing so, it is extremely difficult to take action against an employee that is not following them.