Worker or Employee – do you know the difference? 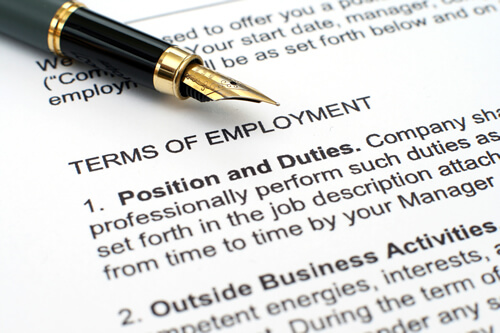 Worker or Employee? These two terms are often used interchangeably (particularly by the media reporting yet another scaremongering story!) but they do have different meanings in terms of employment status and therefore in the eyes of an employment tribunal.

Essentially workers have less employment rights than an employee but more than a self employed contractor (who should of course have none given that they are self-employed!). Think of worker status as being almost (sort of, kinda) a half-way house between employment and self-employment.

Worker status can be useful in a business if you have people working for you on a GENUINELY casual basis. Often bank staff in care homes will be classified as workers as they’ll only pick up work as & when the regular staff can’t fill all the shifts. If you occasionally use an extra driver for deliveries in busy periods this might also be a casual worker arrangement.

Casual workers and zero hours employees are two terms that often get used interchangeably, and this can cause confusion. Zero hours employees accrue employment rights; they are likely to work for you more regularly even if the number of hours they work isn’t guaranteed.

With the recent tribunal cases focussing on the so-call “gig economy” there is some call to abolish worker status to reduce confusion and simplify the current situation. Whist we’ve long argued that there is still a place for zero hours employment contracts if managed well with employees treated fairly; we’d agree that, in particular, the distinction between zero hours employee and worker status is not particularly helpful.

One simple employment status that clearly defines the rights and responsibilities of those working under that type of contract, alongside a clearer set of guidelines, with consistency between HMRC and the employment tribunal system, about what constitutes employment versus self-employment would, in our opinion, be beneficial.

I’ll be talking about this at the Basingstoke Business Expo on 30 March – come discuss your thoughts.