Getting to know you – an interview with Sam Swinstead 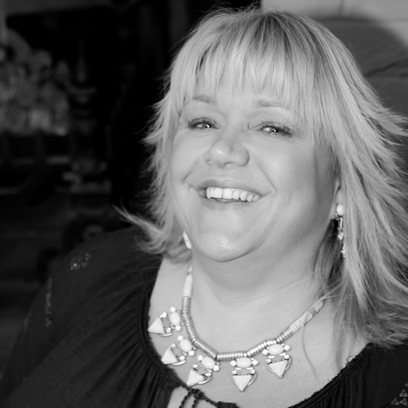 There is something that Sam Swinstead is happy to get out in the open early in our conversation. Yes, she can be a little bossy (in a good way of course!) But while she is not slow coming forward with an opinion, you can tell that she is an active listener too.

But what really comes across in talking with Sam, more demonstrably than her observations about her forthright personality, is the motivation to be successful and to laugh every day. Borrowing a line from Charlie Chaplin, “A day without laughter is a day wasted”.

A thirst for life-long learning

HR wasn’t a pre-destined path for Sam Swinstead. But she admits to always having an interest in people and what makes them tick. That makes the choice of a psychology degree understandable, and why social rather than clinical psychology holds the greater interest. What followed was a Masters in Organisational Psychology (passed with Distinction) which furthered the focus on how people behave in business. In talking to Sam about learning, you get the sense that she’s not done yet. While not an immediate priority, a PhD is possibly a goal for “retirement”.

A pivotal period came with Sam’s first role post-Masters. Working in a rehabilitation project with adults experiencing long-term mental illness, she helped them find an entry point back into work after a gap of often more than 10 years. This project encouraged change to bring about new and positive outcomes for people. She admits that her boss at the time had a big influence. He was very hand’s off (infuriatingly so at times)! But she was allowed to make her own mistakes and own all of her many successes. As Sam observed. “I’ve borrowed a lot for myself from that leadership style”. Within a short space of time, she was running the project, with a team of staff and 30 service users. It was here, representing the rights of service users, that she accelerated her understanding about employers and employees.

After nearly 4 years of battling non-stop over funding, recognition and opportunities for service users, Sam called time on social care when the exhaustion finally overtook the satisfaction.

First foray into the corporate world

Moving out of social care, Sam was tasked with setting up the HR and Training department at a software developer with 30 staff. She recalls the fast-paced environment compared to social care. She had to learn fast and thrived in her new surroundings. The next job in the corporate world was at Nokia (following a 9-month American sabbatical). It was halcyon times for the mobile phone company. Sam recalls recruiting over 100 people into the factory in her first three months. With such fast growth, training was also key. Sam devised programmes around induction, management of people and succession planning.

Sam enjoyed a period of maternity leave, before taking a new opportunity to develop the HR side of a Training and HR company called Challenge Manager. Clients included numerous housing associations. Sam was made Director and then another Director arrived in 2007 and four years of subsequent growth and success followed.

vivo – with life and vigour!

In 2011 the opportunity to launch a new company arose as one Challenge Manager director pursued other interests. vivoHR LLP was born! Vivo means ‘with life and vigour’ and Sam recalls the name captured the time and the spirit of the two founders. The ambitions for the business were success that could be measured both financially and in terms of lifestyle quality. Getting things going was hard work but “there’s nothing like doing something for yourself” she recalls.

vivoHR’s reputation for Housing Association work stood them in good stead. The business was growing nicely with exciting HR and training assignments coming through on a regular basis. More clients led to the recruitment of Rachel Goodman in 2013.

In 2016, Sam’s business partner chose to pursue different career interests and left. The partnership was dissolved and a limited company formed, with Sam as sole Director. 2018 was a pivotal year for growth as Clair Gilbert joined as a consultant and vivoHR moved into new bigger office space in Farnborough. There’s room for at least the next three employees to join the team which is indicative of Sam’s thoughts on the future.

When asked what makes vivoHR successful, Sam pauses before saying with real conviction. “vivoHR is about finding solutions to a client’s HR challenge. Solutions that work both within the businesses processes and structure, and which chime with the working culture. That’s where clients’ value the insight that we bring to the challenges they are facing.”